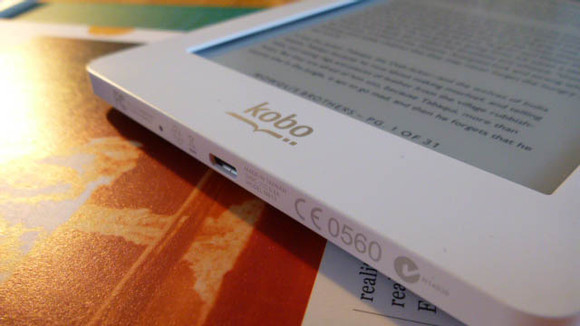 Last Friday my trusty Kindle Keyboard died :(.  After talking to Amazon Customer Services, they offered me a Kindle Touch for £47.99, which is a model that is no longer on sale.  I initially accepted this, but later changed my mind and went to buy a Kobo Glo.  Its £10 cheaper than the Kindle Paperwhite (£99.99) and came with a free case and £5.99 gift voucher from WH Smiths.  I also read reviews which said the light on the Kobo was better than the Paperwhite.  The Kobo also reads the open ePub format, which the Kindle does not.  With Calibre this isn't a huge problem to fix, but idealistically it feels better.  The Kobo store isn't as cheap as Amazon, but considering you can buy your ebooks from anywhere, I feel like that's not a huge issue.
Posted by Unknown at 06:25 No comments:

I haven't actually read this before, or indeed any Vonnegut, which I suppose might be surprising given how much of a classic SF author he is.  I also didn't know how bad the bombing of Dresden was before I read this, so the book was quite eye-opening.  The time-travel elements were a bit strange, but I do appreciate how it allowed us to see the future memories (of lack of) of Dresden.
Posted by Unknown at 06:16 No comments:

Excellent book, and gets very sad towards the end.  Post apocalyptic story about a Man and a Boy trying to survive, but the book is really about the relationship between these two main characters.  I'd recommend this to anyone, its pretty short and an easy read, yet memorable and moving.
Posted by Unknown at 05:17 No comments:

If I remember one thing about this book it will be the endless descriptions of tits and arses.  Just about every female character but one gets literarily undressed for all to read about.  The story is a pretty standard thriller with some sci-fi elements included, but its relatively well written.  Characterisation is done pretty well, although the main character is a bit good-at-everything.
Posted by Unknown at 05:09 No comments:

A weird writing style made this book slightly awkward to read, and the story has definitely aged badly since its release.  Some nice ideas, and I liked the 2 main characters, but an outdated story.
Posted by Unknown at 05:02 No comments:

I've been neglecting this blog for a while now so I thought I'd make a post just to bring it up to the present rather than keep putting off writing blog posts. Books 2 and 3 of the First Law Trilogy.  Both were excellent and the ending was very different from a typical fantasy ending in many ways.  Looking forward to reading the standalone sequels soon. Finale to Hyperion Cantos.  Very good but I didn't enjoy it as much as the previous 3 books.  Seemed to drag on a bit.  The ending was decent but not as good as the ending to Fall of Hyperion. 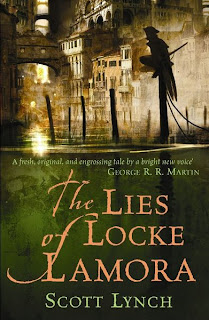 This was a really fun read and very enjoyable.  Will definitely read the sequel(s) at some point. 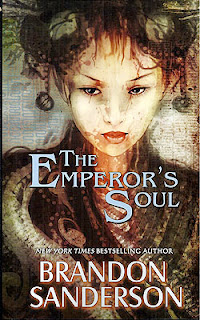 Short novella by one of my favourite authors.  Good story packed into a short book, and would love to read more involving the magic systems introduced in the book.

The Blade Itself - Joe Abercrombie

Book 1 of a fantasy trilogy by English author Joe Abercrombie.  I listened to this in audiobook format, which for this book I highly recommend.  Steven Pacey is an excellent reader, who gives a lot of life to the characters, and when he starts talking you can tell exactly which character is meant to be speaking.  The book itself is masterfully written, with some of the best characters and dialogue I've ever read.  Glokta's character in particular is extremely well written, and manages to be both funny and genuine all the way through.  I highly recommend this to anyone looking for an audiobook to listen to, but failing that, just read the book because the writing is excellent.
Posted by Unknown at 03:38 No comments: